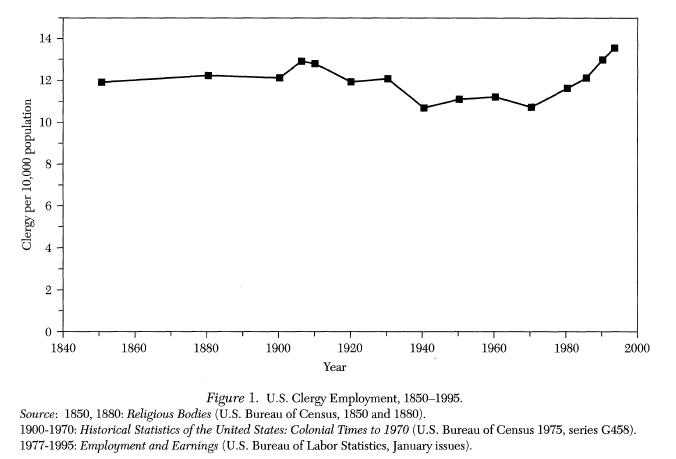 That’s from a 1998 review by Larry Iannaccone. I’d love to see an update. By the way, an area of study ripe for scholarship would be a public choice analysis of religious institutions – particularly of the large, dominant institutions in a country.