Search
Menu
Categories
‹ prev next ›
1
If a Virtual Tree Fell in the Virtual Wilderness?
October 12, 2010 wintercow20 Flotsam and Jetsam

If an idea does not show up on Google does that “fact” make the idea less true? Or false? 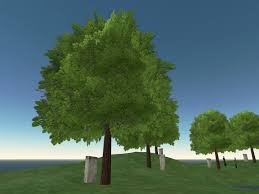 Try this: “wintercow is a complete loser” and see how many hits you get.  Or how about, “the free-market is the greatest thing since sliced bread!”  Or try a host of other things to see how well Google can pick up the idea. I can assure you from teaching the classes that I do, as well as taking the calls on shows that I do, that when I make comments like, “folks think that …” I am not merely asserting it without any experience backing it up. Maybe I run in the wrong circles, or perhaps I am actually the complete loser who misunderstands everything said to him, but the idea that if something does not show up on Google means that it does not exist appears an awkward one to me.

Hayek had lots to say about this phenomenon.

For example, if I assert that “members of the church of the state believe that private action cannot produce public goods” you will have a hard time finding evidence for that “view” on a google search of the term. Indeed, you might argue that you will only find that crackpot libertarians construct that idea from thin air, in order to torch an easy to ignite straw man.  But one need look no further than some of the seminal texts in economics to find that this idea is not only held by some, but is quite mainstream. I’ll scan some relevant pages from a famous text in a few days, so be on the lookout for that.