This is by no means meant to be relativist. Earlier this week we discussed some of the problems with the Fractivist movement – among them was the possibility of fracking fluids contaminating wells. I understand that this is a real (and controllable) problem.

Do any of you recall the US government mandates to put oxygenates into motor fuel? When oxygenates are added, such as MTBE and ethanol, the fuel burns more completely and fewer emissions are produced. But there is just one tiny problem with MTBE … it is a carcinogen. And beyond that, it leaches into groundwater supplies. In fact, I remember being a teenager and reading about wells in some states being closed and ruined because of MTBE contamination.

Point #1, which I made earlier: Only in wonderland can you eliminate trade-offs. The fractivists do not recognize that each decision about fuel production and use entails a sacrifice. Just as choosing cleaner air and fuel efficiency came at the expense of some contamination in the case of MTBE, so too will the use of natural gas to offset CO2 emissions entail some. Over time in a normally functioning economy, those tradeoffs become less severe.

Point #2, how come I don’t recall any signs like this in people’s yards? 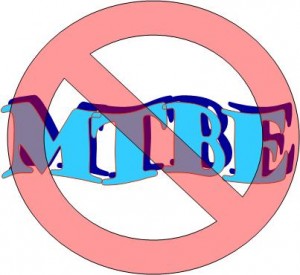 Oh yeah, I know why, because our godlike leaders couldn’t possibly ever be questioned. Ever. I will recant if someone can find me a yard sign.  By the way, some folks (i.e. people like me) are regularly ridiculed for arguing that regulation can cause an unproductive “lock-in” effect.  That once in place, regulations are hard to eliminate, and that is one reason to oppose regulations despite their prima facia quality at the outset. For example, it took until 2006 (I think) until the MTBE mandates were dropped, despite over a decade of “scientific consensus” about their problems. And this was a puny industry.