Search
Menu
Categories
‹ prev next ›
6
If It Takes a Village to Raise a Kid, I Need to Find a New Village
March 30, 2012 wintercow20 Economic Illiteracy

It is extremely common in the modern “E”nvironmental movement to see the conflation of normative opinions of what various environmental policies ought to do with actual claims regarding the actual conduct and character of real world environmental policy.  Even though many of us believe that good species conservation policy (for example) ought to encourage the flourishing of species and ensure their habitat is protected (itself a value judgment, I know, but my preference for woodpeckers is more important than your preference for a shuffleboard court), the history of actual efforts by governments to protect species suggest that they can often do the opposite:

Mismanaging incentives in such a way to actively promote the destruction of habitat and ignoring other forces outside of immediate land use that put pressures on species flourishing. Given this record, then why not define Environmental Policy as those institutions whose function is to destroy property, destroy species and unfairly burden a small group of taxpayers with paying for these efforts? Is it not better to focus on the means actually possessed by those making policies so we can engage in a less value-laden and more scientific evaluation of environmental policy? Do we not want to be able to offer a well-considered opinion on whether a particular policy is a good idea? But to do that, we cannot BEGIN our study with an observation that already embodies a normative value judgment – that’s begging the question on steroids.

I used to be surprised when I saw this sort of thing. After all, run around your college campus and you see virtually nothing but appeals to symbolism and misleading claims regarding the supposed/idealized “function” of a university. Look at its proclamations to encourage critical thinking, promote discourse, embrace diversity and more. You certainly see it with the promotion of biodiesel as a way to save the world, or solar trash compactors as a way to prevent us from swimming in trash. We will respond to that directly in a few days: here is the latest from the UR Green News.

Now that I have young kids, my surprise has left me. My 6-year old daughter came home with her math exercises the other day and I decided it would be fun to flip through the book that is supposed to be teaching her about making groupings, counting in pairs or by fives and so on. And here, instead, is what I get: 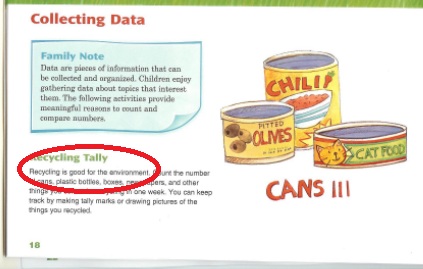 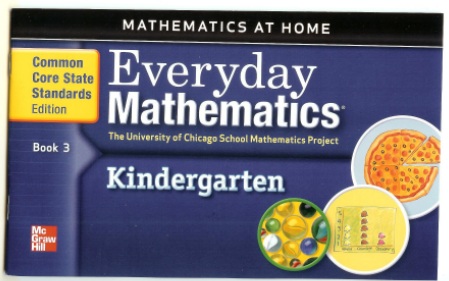 So there ya have it! Recycling IS good. It just is. And of course no six year old even understands enough to know the distinction between proclaiming something is good and actually knowing whether it does what you think it does. And this is a math book remember – not exactly the place to make moral proclamations about behavior. Recycling may in fact be “good” for reasons beyond its supposed environmental benefits, as perhaps a statement about what you value, but that sure ain’t going to be discussed either.

Recycling is good. Freakin’ incredible. My kid’s teachers are innocent here, they are not even aware that this is printed in there and out of place. Plus, if I decide to ask them about it and to say something about it, do you think I’ll be invited to the next parents’ meeting?

So why should I expect anything different when these kids grow up 12 years later and come to college? Being “green” just IS good. It just IS. But you see, that’s nothing more than conflating the supposed purpose of being green with the actual effects of those activities that are proclaimed to be green.

And no, I have not yet spoken to my daughter about this. I may send her to school with a question simply asking why her book says this.

UPDATE: Since I penned this, she came home from Girl Scouts (actually Daisy Scouts) with this: 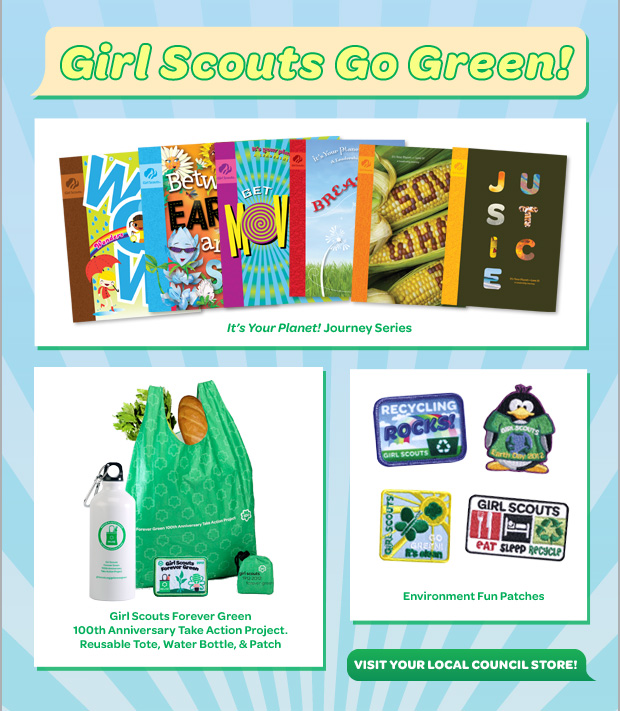 Justice? Eat, Sleep, Recycle? At least she learns in the Scouts that it’s OK to be a capitalist.