My best estimate is that fully one-third of the lower continental United States is utterly inhospitable and virtually uninhabitable. The fact that man has managed to scratch out a living on some really tough land and has even managed to build places like Las Vegas and Phoenix in the middle of hostile deserts is a testament to his ingenuity. But even I, as someone who almost worships open space regardless of how empty and "useless" it is, am struck by the vastness of seemingly low value land in the lands west of the Mississippi. I am working on a couple of posts on homesteading and federal land management so hold tight on those. For now just note that about half the land in the West is owned by the Federal Government. And most of that owned land is not simply the beautiful lands you see in the travel brochures but in most cases the very marginal lands that were never able to be successfully homesteaded. Stretching from the lands just west of the Mississippi to the Rocky Mountain hills and running almost from the Canadian border down to the Mexican border there is basically nothing but very, very, very arid land – with little vegetation and little precipitation. There is also a large swath of this land in Arizona, Utah, Nevada, California, Oregon, Idaho and a few other scattered parts of the West. In fact, the images below, from the western foothills of the Big Horn Mountains in central Wyoming are probably among the "best" lands among the bunch.

The images below are taken from the town of Worland, WY and are a pretty good illustration of what I am talking about (and also I attach a GPS location from my camera – it can be zoomed just like Google Maps can had I not just pasted the image in here). 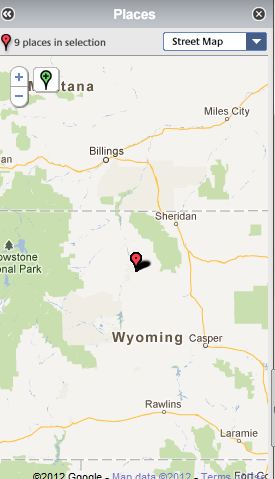 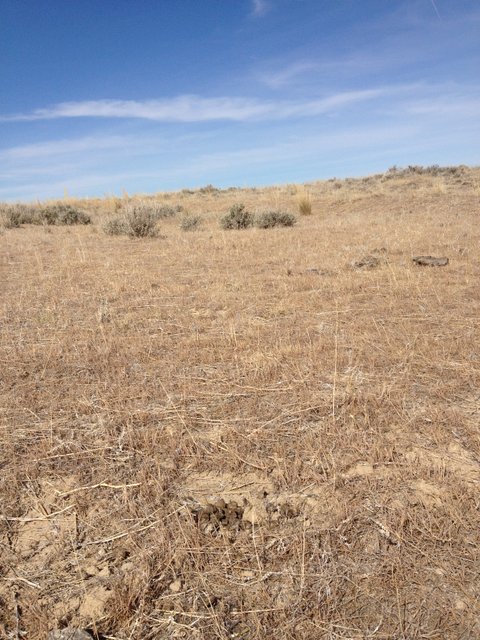 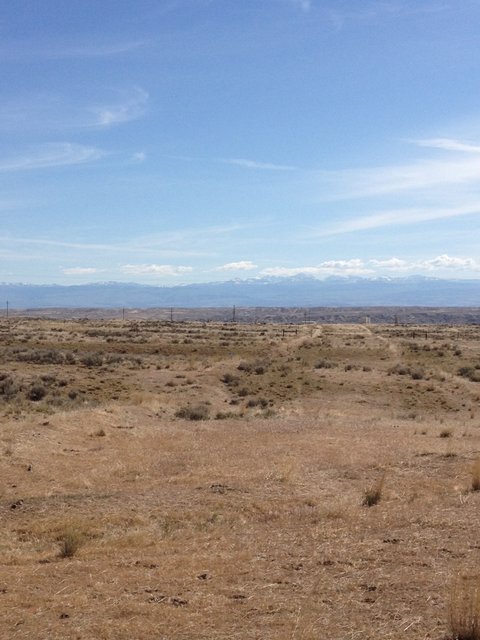 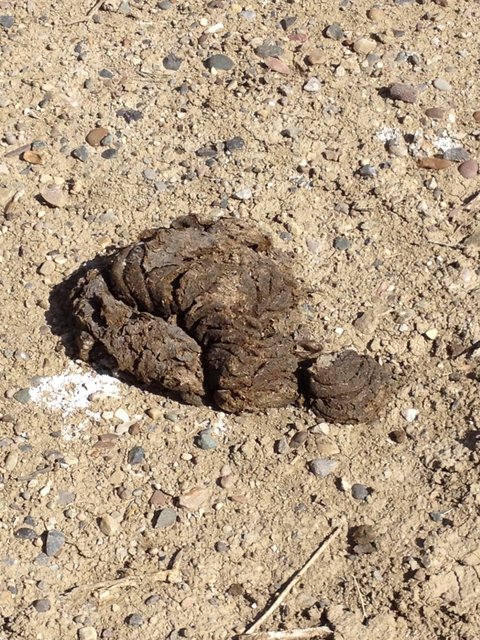 I have hundreds more. But why am I showing these to you? Because this area is in just about the exact spot that has been home to a resurgence in fracking technology that has been fueling the new oil and gas boom across the US. In this part of Wyoming fracking has been used to extract both oil and gas. And the reason I show these pictures is that I am standing almost on the exact spot where the EPA conducted its not (in)famous tests of groundwater samples to see if the fracking process poses a risk to groundwater supplies. I will report on the particulars one day, but for now lets just put out there that this is just about the only test (one study in PA as well, again which we will comment on) that has shown ANY evidence that there is gas in water in the places where fracking happens and I would also have you note that the study itself has come under intense scrutiny for the methodology as well as for the results – the understanding is that gas has appeared in water long before the first well was fracked here, among other issues.

But let's suppose that the EPA findings were completely right and devastating (they were not). Here is a way to get yourself eliminated from polite society: this part of the world is not exactly the Galapagos Islands, to put it mildly. Not only will most human beings not even visit or even pass through on their way to other places, most human beings have no idea that these sorts of places exist or are so prevalent and most human beings would be completely unaffected whether these areas were never touched by man or whether they were turned into toxic waste sites to house the toxic wastes from 10 different Earths over the next million years. I am not kidding.

Here is what was also found in the BLM land I was standing on here: 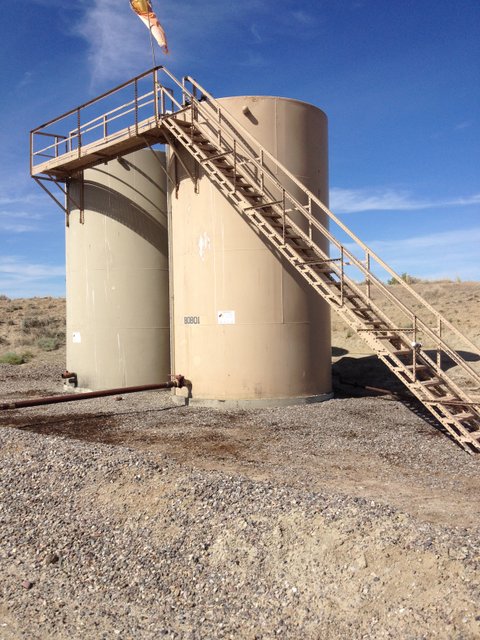 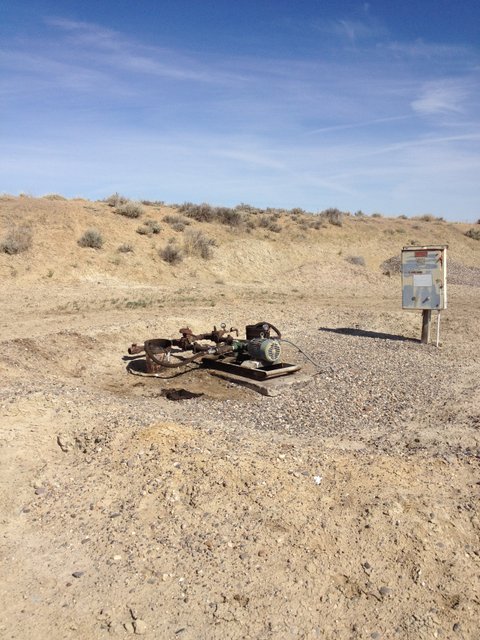 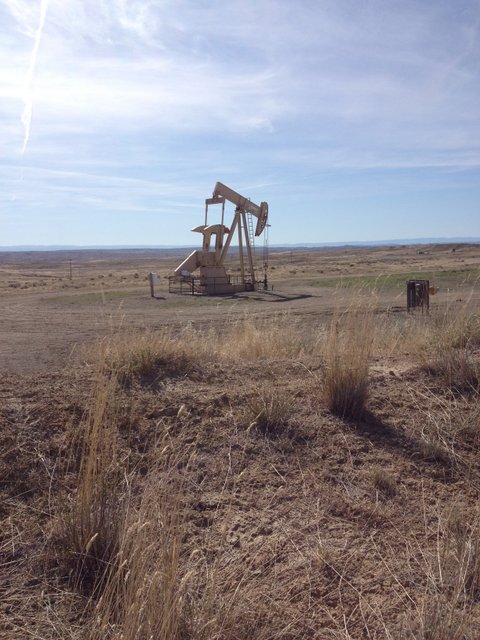 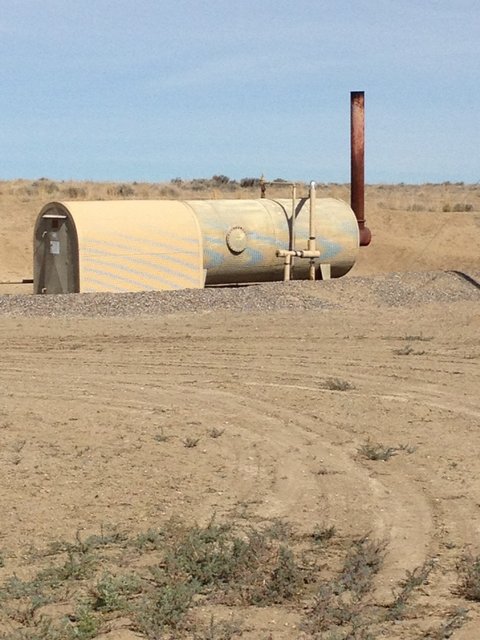 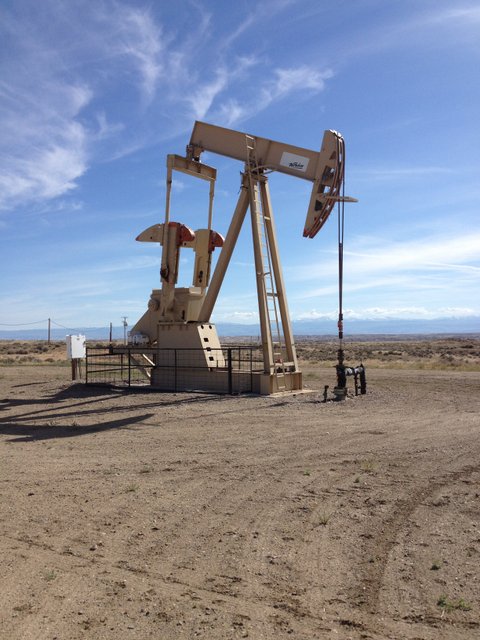 Scattered about for dozens and dozens of miles were these oil Jacks and I tried to stop at the one that was in the most developed area I saw and with the largest footprint of all the Jacks I saw operating. We learned from an oil company rep (more on this in a future post) that this particular well has not pumped in a year but that continued high prices may encourage them to turn it on again. You will see a small electric motor in this picture that is used to power the Jack. You will also notice the oil storage tanks that not only collect oil from this Jack but from a number of nearby Jacks that are scattered about. I don't even know where to begin commentary here. The footprint of an oil jack is remarkably small – and it is installed as I said before in virtually useless land. There is some "useful" land nearby here that is only useful because of Bureau of Land Reclamation damning of nearby rivers to support major irrigation projects (most of the irrigation we saw was for hay to feed the cattle on the massive ranches out in this part of the country – there was precious little irrigation dedicated to growing vegetable or fiber for direct human consumption). In other words, the footprint of this thing is not really doing anything to the surface land itself – the entire area of the derrick was about 1/2 acre at most. And as you will see in future pictures the impact of one one derrick is considerably smaller than the new modern windmills that are popping up in the farmlands across the midwest, particularly in the southern portion of the state of Minnesota.

Remember that for this small surface impact, we are accessing gas and oil resources from vast areas below ground that power hundreds of cars and homes each and every day. This is not to suggest that the carbon emitted from burning the oil and gas from these locations is harmless, but it is to suggest that if there is ever a place in the world where you would HOPE there to be large reserves of oil and gas should we want to tap those resources, this would unquestionably be one of those places. EVEN IF such operations polluted the groundwater in this area, which there really is no strong evidence that it does, the damage from such pollution would be imperceptibly small as compared to the benefits we'd get from accessing these energy sources. In fact, since the lifeblood of the communities that live here is the snowmelt that comes out of the mnountains nearby, it is not even clear that these communities would suffer from any serious lack of clean water even if groundwater was contaminated from the drilling operations. You'd be utterly shocked to learn about how much water is required for our daily human needs as compared to how much water we actually consumed. But again, I need to keep you reading so you'll have to wait for future posts (a week or two worth I think) on water, economics, justice and sustainability.

So, if you ever want to be removed from a polite dinner conversation, show some of these pictures and comment on just how "good" it is that we can get so much oil and gas from what most folks would consider "god forsaken" places. Would folks prefer to explore for oil and gas in prettier locations? Would they prefer windmills at the top of the Tetons? Would they prefer solar panels instead of the lush lawns of Central Park? Would they prefer giant 6MW turbines out on the Continental Shelf? Or maybe we all just prefer to live like the residents of DC and the East Coast did last week with no power at all, sweltering in the 100 degree heat?