Before turning my attention to studying Environmental Economics, it never occurred to me that environmental issues were tied so intimately into issues of distributive justice. It makes sense though. For example, since land around a coal power plant is cheap, it may induce lower income families to live near there, and therefore you might expect poor families to suffer from worse health outcomes than wealthier families. Now, there is an economic problem with leaving the story here (remember how prices work and what they do!!!) but I think you get the gist of the concern that folks have about the environment and the poor. 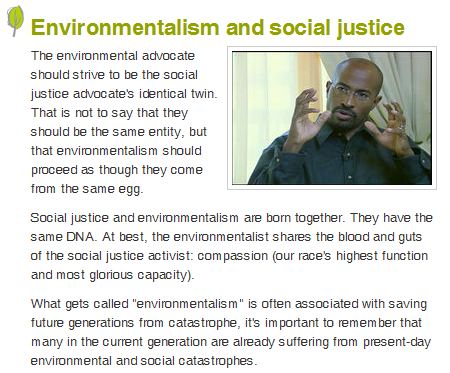 So, we should have compassion and strive to make sure CURRENT generations are not suffering from catastrophe. Sounds unobjectionable. And then I was updating my lecture on Genetically Modified Organisms and reflected on it a bit, then came across Tyler Cowen’s excellent book An Economist Gets Lunch. Rather than post myself, I’ll simply post what he has to say about the issue in his book (there is more in there too). If folks wonder why I have taken a much sharper turn for the bitter and frustrated skeptic that I think I am now, this illustration pretty much captures it. Here is Cowen on how Europe has basically made it impossible for Africa to have access to GMO foods:

The biggest losers from these restrictions have been African farmers, the group in the greatest need of the green revolution. According to one index of production, African farmers produced more per capita in 1970 than in 2005!!!

Yet farming employs 70% of all Africans. Ag productivity is perhaps the major economic issue in most African countries. Africans are however afraid of losing access to European markets and so often GMO crops do NOT get grown. Angola, Sudan, Malawi, Mozambique, Namibia, Nigeria and Zimbabwe have all refused food aid with GMO ingredients for fear of “contaminating” their crops and losing access to African markets. Ghana, Benin and Zambia banned GM foods and crops, and in Africa only South Africa (at time of this writing) has embraced it wholeheartedly … along with GM cotton in Burkina Faso.

Most African countries cannot simply afford the requirements for safety, labeling and control that European-style regulations impose on them.

Europe is, in effect, taking a continent where death or sickness by e.Coli, hepatitis, cholera and salmonella – through the food – is common, and is requiring that food adopt extreme GMO safety standards that are (at best) suitable for wealthy nations only.

It’s as if we made every African buy an SUV rather than allowing the purchase of a smaller and less safe car; it’s a recipe for disaster, and it is the very opposite of thoughtful consumerism.

That’s a slightly abridged version of what is on his pp. 163-64. We’ll provide additional illustrations of this “confusion” in the coming weeks. Words of advice to you: if you see the term “social justice” run the other way. At least stop to ask someone exactly what they mean by it. Do they mean ensuring that we as individuals treat one another fairly in our interactions? Do they mean an end to free-market capitalism? Or something else? It’s a pretty solid bet that most folks have no idea what the term means, or even can mean. Sort of like the term “sustainability.”