Noticed: without naming names, at a University I am familiar with, you would be simply astounded at the man-hours and money that are chugged away at things that provide not only no educational value, but no ancillary value. And these are all hard-working, sincere people.

Question: when we examine federal and state and local government employment and spending, has anyone seen a reliable estimate of how much is spent and employed “privately” for compliance and in related operations? For example, at our private university we have a Title IX coordinator and a staff of people that do all kinds of compliance work with other rules.

Alex Tabarrok: Ferguson and the Debtor’s prison, a MUST read. Given time, he could extend that idea to more than just the criminal justice system.

Here is a view of Basin Mountain, from Pyramid Peak: 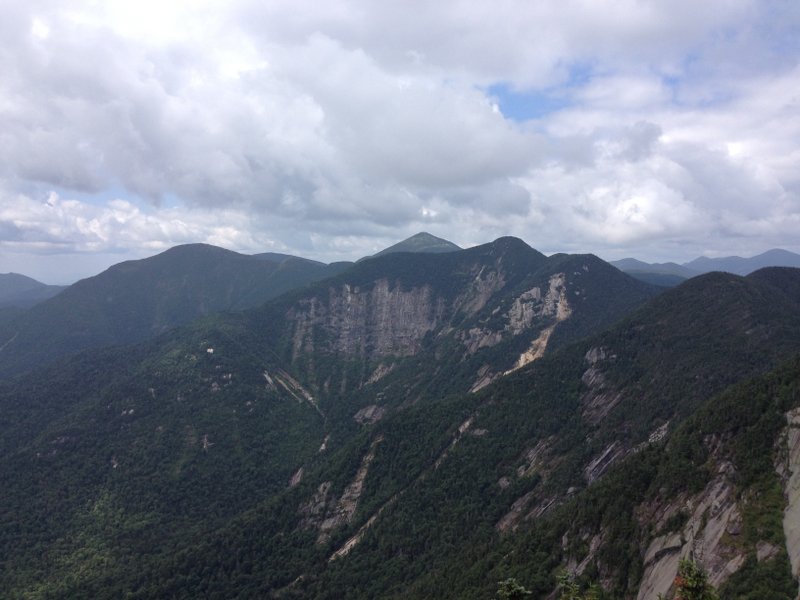 That cone behind is Mount Marcy, off to the right (North) you can see the nice side of Saddleback (the other side is quite cliffy). I won’t bore you with the rest.