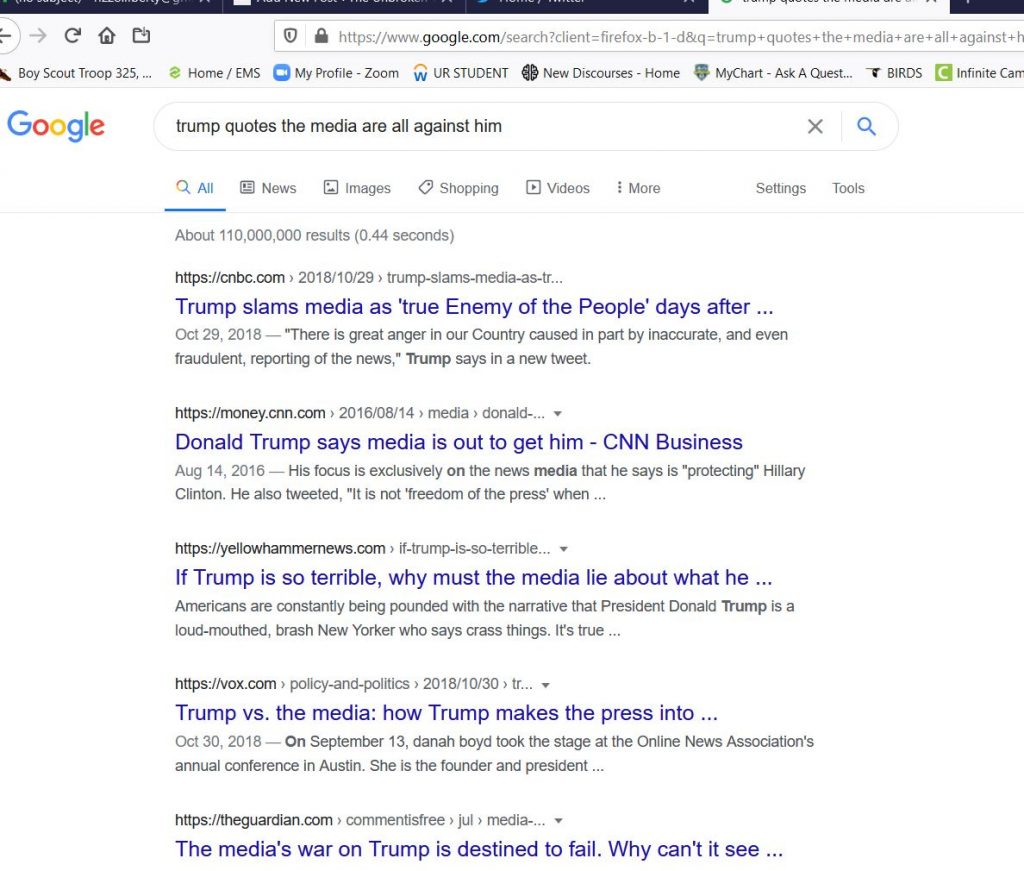 The news are all against me!

(FDR) then launched into a violent attack upon business men generally, saying that he had talked to a great many business men, in fact to more business men than had any other President, and that they were generally stupid. He said that the trouble with them… was that they had no moral indignation for the sins of other business men…. He then turned from that to a violent attack upon the newspapers, saying that the newspapers had no moral indignation,… that all of these [news- papers-he ‘named a long list”) were guilty of falsifying news…. He said that nothing would help him more in the 1936 election) than to have it known that the newspapers were all against him.