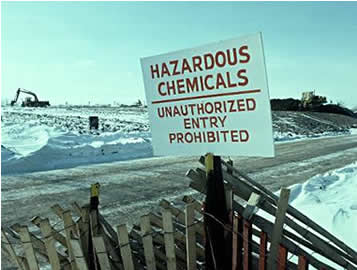 Henry David Thoreau drew attention to simple living and an appreciation for natural surroundings over 150 years ago. John Muir laid the foundation of the modern conservation movement shortly after Thoreau’s death. However, the quality of the American environment became a leading concern for national policy makers only roughly four decades ago.

Beginning on New Year’s Day in 1970, the enactment of the National Environmental Policy Act (which requires the writing of environmental impact statements for major federal activities), ignited the passage of a wave of major environmental laws and policies, each with the intention of protecting and improving the quality of the environment, changing the way federal lands are managed, and imposing limits on private landowners.

Since that time, with few exceptions, the quality of the environment has improved dramatically. The air in almost every city is far cleaner today than in 1970 despite massive increases in the number of vehicles on the road; water quality is much improved; sewage is better treated and much hazardous waste has been removed; rivers are healthier; hundreds of plant and animal species are explicitly protected by federal statute; more land is forested today than at any time over the past century; and so on.

Despite these advances, many scientists, economists and even government officials are extremely dissatisfied with America’s environmental program. This dissatisfaction is a direct result of the incontrovertible fact that improvements in environmental quality are not costless. The amount of environmental quality individuals (and government bureaucrats) seek and expect is virtually unlimited – particularly given the form that most environmental regulation takes place, and given how wealthy individuals in the United States have become. However, complying with environmental regulations is a major concern of American businesses – with direct costs exceeding $100 billion per year (that is roughly what the Department of Homeland Security AND the Department of Education spend annually) and indirect costs that are likely just as large. In other words, environmental policy arguably has as large an impact on the American economy and landscape as virtually any other area.

Thus, the central concern of environmental economics is the allocation of scarce environmental and natural resources to competing (and unlimited) uses. No resource is in unlimited supply, no matter how abundant. The course will focus on the role of prices and incentives in allocating these resources, as well as the importance of the system of property rights and legal rules in this process. These institutions can help students answer the question, “How clean should the environment be, and what should be conserved and preserved?”

The course will begin with a review of microeconomic analysis and move into a discussion of the importance of property rights in an economic system, particularly when environmental amenities are the focus. Past, present and future notions of resource use, availability and sustainability will be considered. Several weeks will be spent introducing students to the theory of environmental economics – including notions of market failure, the economics of regulation, public choice economics and methods for applying values to environmental amenities and costs of environmental policies. We will then use this theory to analyze the economics of various renewable and non-renewable resources. Depending on time and student interest, several applications can be considered – including but not limited to: Superfund; Garbage and Recycling; Climate Change; Global Governance; Energy Policy; Recreation and Wildlife Management; Air Pollution, Water; Preservation and Land Use. The course will conclude with an analysis of the distinction and reconciliation between environmental economics and modern notions of environmentalism.

Our purpose will be to encourage students to think about and analyze environmental issues from both a scientific perspective and a common sense economic perspective. Environmental policy is made neither in a vacuum, nor is capable of producing perfect outcomes. Difficult decisions must be made, and the course will equip students with the tools to identify the tradeoffs that are inherent in all environmental policy choices, the tools to help their fellow citizens understand these tradeoffs, and the tools to help them contribute to the selection and implementation of wise policy choices.

Outdoors in the Genessee Valley and Finger Lakes Region