I just learned, courtesy of Mark Perry, that in Chicago, now you need a license to be able to help people … get licenses. The rise in occupational licensing is on my top 5 reasons I am seriously depressed for serious reasons. For the uninitiated, the rise of the share of jobs that require a person to get “permission” from the state to perform it has risen in lockstep with the decline in union jobs. I don’t know the gross numbers off the top of my head, but if you were to do a labor market equivalent of a baseball statistic that measures “share of working population that is covered by either union or license” the trend would be virtually flat.

That flat trend and changing underlying composition is a problem both politically and economically. Politically, it is less transparent than union labor. Economically it has the potential to be much harder to undo if there is a negative outcome resulting from it. Consider that even in tough union states, firms negotiate directly with unions. If one firm is unionized, or workers in one occupation are heavily unionized, that does not mean that every person practicing that profession has to be in a union or every firm in that sector employing union workers – at least in many cases. But when we have occupation licensing laws, there is no exception whatever. If you want to be in a certain occupation, you must have a license, and if you want to employ the services of someone in that occupation, you have no choice unless you wish to openly flout the system — which many people do.

The rise of occupational licensing in many ways reminds me of the crushing guild system that preceded the Industrial Revolution. That system was so oppressive that not only were industries totally cartelized, but the guilds eventually regulated business practices to a degree that Lenin and Stalin could never have dreamed of. Robert Heilbroner in his excellent Worldly Philosophers and Rosenberg and Birdsell’s How the West Grew Rich each, as I recall, have incredible stories, with the latter book going into much greater detail on how damaging the guild system was. We are fast heading that way.

And this is what I mean when I say I cannot stand politics and people. Occupational licensing is a combination of people playing nanny-stater on the one-hand and workers getting special privileges for themselves on the other. It’s a different version of the Bootlegger and Baptist story. So, here we have the Republicans irrationally saying no to any and all kinds of taxes (notwithstanding the stupidity of liking payroll tax increases) all the while allowing these oppressive, unfair, regressive, anti-growth policies to proliferate throughout the nation. I’ve scarce heard a single word from a pundit or politician on it. It’s probably because the share of the labor force that is cartelized, in my view, is dramatically UNDERSTATED by the occupational licensing number. I would argue that 50% or more of the labor force is “enjoying” some similar protections, and yours truly is one of the great beneficiaries of it too – so don’t think I am sticking my head in the sand about it. 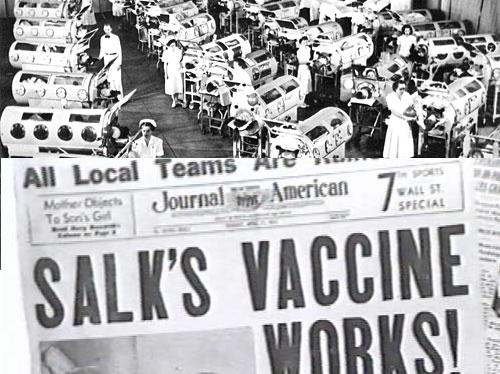 Economists have been talking a lot about innovative and technological stagnation over the last 40 years. I don’t intend to lay the entire blame on licensing, but it surely in my mind has contributed to it. What was that old saying? If the government (or any anti-competitive agency) was responsible for medical innovation, today the US would have the universe’s most impressive iron lung.

That sounds about right. And sadly, almost every person alive today cannot imagine what they cannot see. And a world without occupational licensing would be a far less costly one.