In today's post we take you a little farther north and east into the Northeastern corner of Wyoming. The image below is the attached GPS from the photos I insert below. The big green patch to the south of our location is the Thunder Basin National Grassland, which looks very much like some of the images below. If you are thinking that the National Grasslands look like the fairways of Augusta National, or even of Saucon Valley CC, you are sorely mistaken. The grasslands of central North Dakota are a little bit more "conventional" looking, but again still nothing like your mental image of a "grassland." The green patch to the west of our balloon is the Big Horn Mountain Range – very much worth visiting. In my "quitting" post from last week I attached a photo of a sunrise from the top of that plateau below the peaks of the wilderness area in the center of that range. 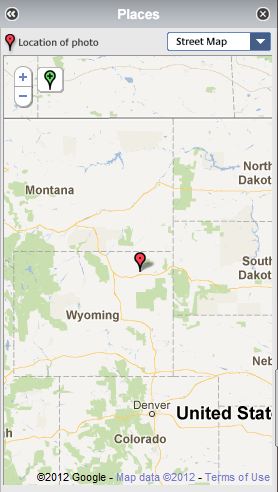 This part of the American West is the heart of the new coal country. The sub-bituminous coal out here is softer and less energy intense than the bituminous and anthracite coals that are found throughout the Appalachians of the East coast. Many of you have already heard me talk about the Bootleggers and Baptists in the Clean Air Act Amendments of 1977. When Congress revisited the original Clean Air Act of 1972 and realized that little progress had been made in air quality as a result, they (smartly it seems) tightened up clean air standards, in particular emissions for coal fired power plants, to get reductions in NOx, SOx, CO and fine particulate matter. One way to do this is to install very expensive smoke-stack scrubbers in power plants (and of course grandfather old power plants in). By doing this, General Electric would get a windfall from producing those smokestack scrubbers. Incredibly, the legislation itself actually NAMES General Electric as the only acceptable producer of approved scrubbers. So much for legislation not targeting particular entities and individuals – who needs that pesky Constitution anyway? By installing scrubbers, plants could continue to burn the much dirtier Eastern coals. Had power plants simply been able to burn the coals mined from the West, they would have been able to meet the Clean Air standards under the new act and for lower cost. So why didn't it happen? Well, it wasn't just General Electric, but it was also the efforts of the states that depended on coal mining to support their economies, and in particular the efforts of the coal mining unions of the east coast. You see, East coast coal is much more labor intensive to extract than Western coal – as you will see, Western coal requires almost no people, and is certainly much, much, much safer than mining Eastern coal. But of course, union and eastern state political interests won the day – with the requirement that all plants have scrubbers on them, it made much more sense to continue to burn the more energy dense local eastern coal. And in the process, the perpetuation of the burning of eastern coal has led to the continuation of a much despised practice on the east coast: mountaintop removal coal mining. In other words, the very political process that everyone seems to adore for the securing of environmental quality, educational quality and health care quality has enabled the continuation of this:

Nice! Even though these mountaintops are reclaimed after mining, they do not quickly take back their original forms, nor does that undo the pollution and erosion problems caused by the removal of so much surface and subsurface materials in hilly areas. Now compare that to what we see out West.

Here are the lands of Gillette, WY before open-pit coal mining (basically a pretty basic grassland, certainly no mountains and few streams nearby): 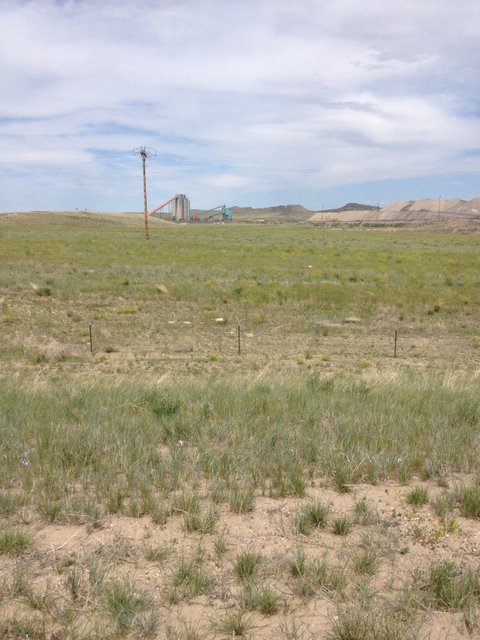 When it is determined that coal seams are underground, the coal companies dig down to expose the seams beneath. Here is a great illustration of what open-pit mining looks like during operation: 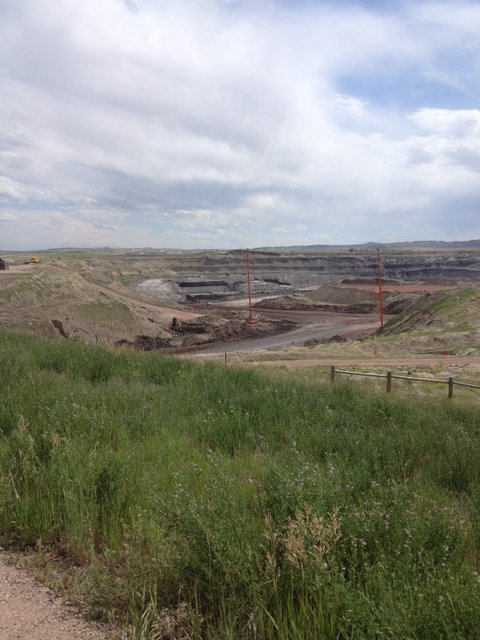 You can clearly see the two coal seams on the left. For perspective, each of those seams is about 50 feet in depth. Here is a closer look: 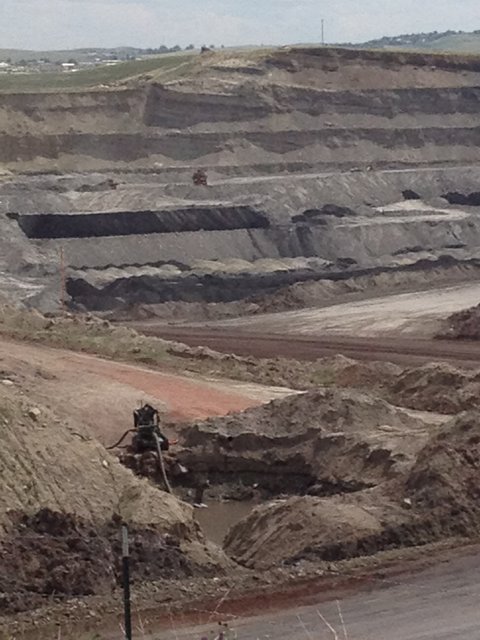 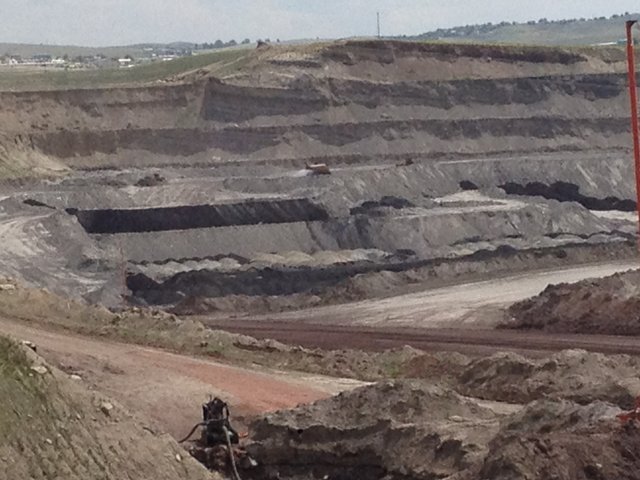 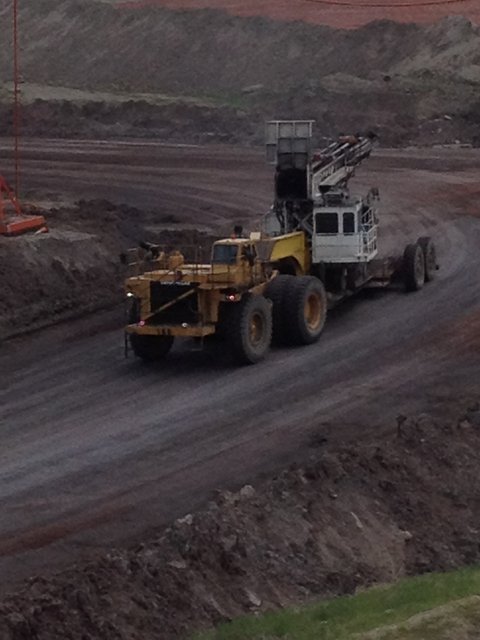 Here is a decent picture of what the open-pits look like after the mining operations are done: 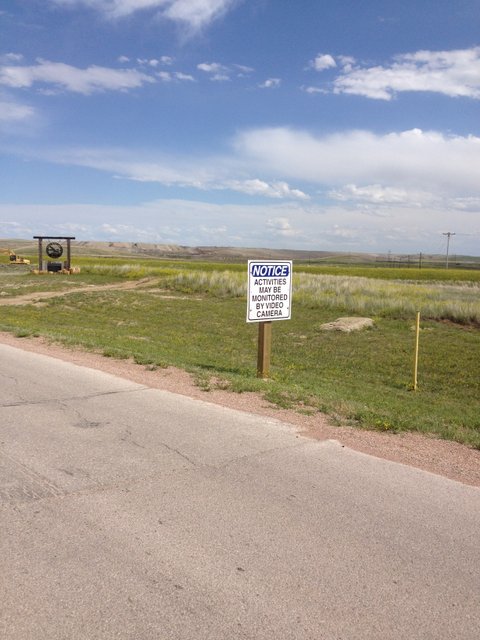 I'll comment on that sign in a future short post. In any case, the companies simply fill in the holes with all of the dirt and the land quickly reverts to the grassland that existed before it. The mining companies (even if just for publicity?) actually pride themselves on the wildlife that shows up on their lands and how fast the land returns to its "natural" state after they have conducted operations. You will notice that this operation is considerably different than mountaintop removal and certainly a lot different than the shaft mining that took place around cities like Scranton, PA for decades and decades. No shafts collapsing on workers here.

I should have taken a picture behind me, as there were deer and hawks flying around. The point being of course that the lands after mining are utterly indistinguishable from what the lands looked like before mining operations. And not to belabor yesterday's point, but take a look at the land around here in Gillette, WY for a moment. Think about the biodiversity of this area. Think about all of the times you plan to visit this area. Think about the major metropolitan populations that are affected by environmental conditions in this area. The point being, if there was ever a place we would hope there were massive seams of coal located, it would have to be in this part of the United States. My father-in-law and I took our trip intentionally through the oil and gas fields of Wyoming, through the coal fields of Wyoming, through the wind corridor of Minnesota, to the Bakken fields in North Dakota, to see exactly what these places looked like, what life was like in these communities and to hear from the people whose livelihoods depended on the success of energy development in these areas. We saw lots and lots and lots of tourists in the Beartooths, the Tetons, Bozeman and Yellowstone. We saw thousands of tourists at Mount Rushmore and Crazy Horse and the Custer State Forest and the Big Horn National Forest. We saw hundreds of tourists in Wall Drug! But we encountered not a single soul who was visiting these areas of energy development (though I hear that tourism IS picking up at some of these places, particularly in North Dakota) and we certainly did not see any hikers or backpackers setting out on the BLM and National Forest land that was abundant in the areas of energy development. The total population of Montana, Wyoming, South Dakota and North Dakota combined is, I would venture, less than 3 million and I would venture that less than 1/10 of that number resides in the areas of energy development.

I love the History Channel and Discovery Channel and those "mega-machines" sorts of shows. They use some pretty impressive equipment down there in those mines. One of the coal companies actually had a visitor area with some retired equipment for us to see. That's my father-in-law (from a Scranton coal mining family) in the bucket below! 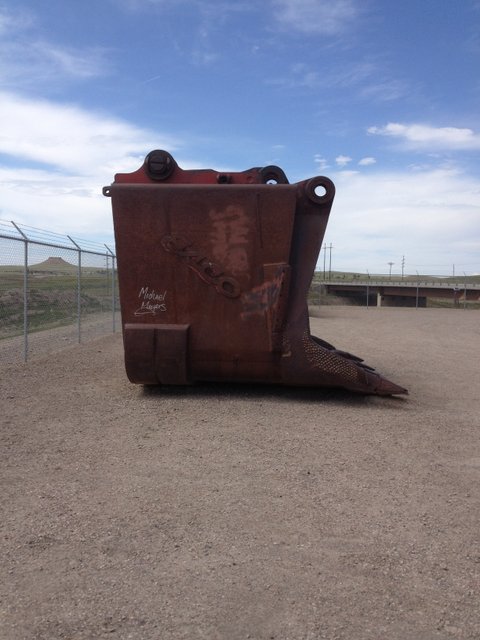 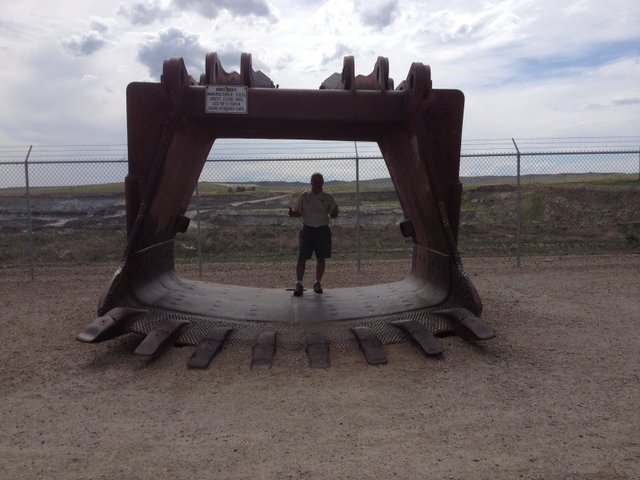 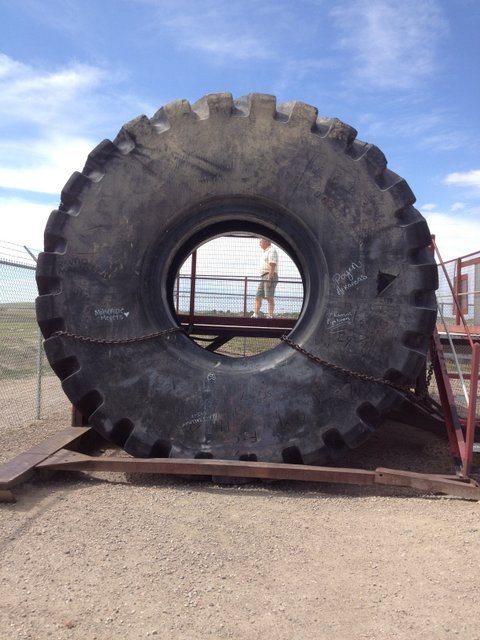